Buyers: Don’t want to “show your cards” at an open house? Think again. 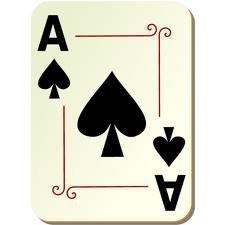 Buyers: If you are going to worry about “showing your cards” be sure you at least don’t show jokers.

I often hear Buyers worrying about showing too much interest at an open house. The rationale is generally that they don’t want to compromise their position in the event they make an offer. That is, they don’t want to seem like they want it “too badly,” because that puts them in a vulnerable spot. That is potentially relevant in a Buyer’s market. And,  even in a Seller’s market, a potential Buyer should not walk through the property verbalizing how much over the asking price they are willing to pay, but…remember that you are being watched!

Anything you say can and will be used against you in a court of multiple offers.

Have you thought through, for instance, what happens when a Seller can’t decide which of several multiple offers to choose? Often times that Seller asks her agent something like “Well, did you meet any of them? What did you think?” In a recent case, my client began the narrowing of four pretty similar offers by eliminating the hopeful Buyer who asked me – after I told him that we had an offer and a couple more coming in – whether I thought my client would take less than the asking price. I’m sure to this person it seemed like something he just had to ask; “couldn’t hurt” he probably thought. Maybe someone at “his table” (one of his advisors; a self-appointed negotiator, perhaps) told him he should always ask that. Think again. My client chose to work with someone he determined was better rooted in reality.

So…don’t be afraid to acknowledge that you like a property. After all, you may be making an offer to purchase it; an act that is a pretty significant “show” of your cards. If you act excited and then don’t offer…well, that doesn’t harm you, and you’ve had a brief but fun time dreaming about the place. If you have reservations about the place, but are going to make an offer anyway…share those with your agent, and investigate during your diligence period (inspection, re-sale certificate review, etc.).

Related Articles
Uncategorized Why it Might be Time to Refinance Your Mortgage Interesting: (at 2:10), the idea: “we overweight the importance of housing…economically….culturally.” Disagree; Americans value independence. http://bit.ly/1uoaSom​
Case Study Case Study: 816 NW Market St Driving Elements: Investment Good agent relationships Showing up   I helped the buyers purchase this property in 2013. As of January 2015, 60% of the buyers loan is being covered by the rent generated in the lower level apartment. In this short time, the buyer has been accumulating cash and is preparing to make another […]
Case Study Case Study: 4202 Bagley Ave N This project was a study in: Exercising restraint until the "right" time The importance of pre-inspection The importance of great staging The importance of great photography The importance of my getting in front of the buyer when possible to establish trust (for them) and to see first-hand their motivation (for my clients) Picking the right […]