Joe and Brenda contacted me in early November to discuss moving from a great waterfront home that I had helped them purchase a couple years before. We had not yet sat down for a formal strategy session before Brenda identified the next dream home. They wrote a contingent offer on the new home and did great work to prepare and stage their home for market. We took great photos and within a few hours of listing it received a call from the party that would ultimately purchase it. That party wrote an offer that allowed Joe and Brenda’s purchase offer to work, and…Joe and Brenda closed escrow on the two homes and were moved to the new one within seven weeks of our initial discussion.

Should I wait to take action? 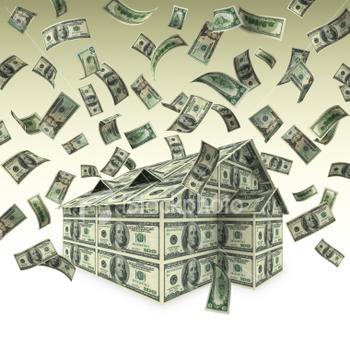 Q: The price is too high. Why don’t I just wait until they lower it and then take action?

I get this question a lot. My observations: the best opportunity often seems to come when the property has been on a while at the current price. When the Seller drops the price, they are likely to dig in at the new number, and less likely to take a lower offer before giving it some time. If they manage price drops correctly, they can always keep the pressure up.

From a recent outgoing email; maybe useful to others: "They didn’t decide to drop the price yet, but the discussion is ongoing. All things equal, I think it is best to make an offer before a price drop. When Sellers drop the price, they typically do so reluctantly, then want to see that price play out in the market."

Did you hear the KUOW piece yesterday?

This piece aired yesterday, featuring my colleague, friend, and great agent Jed Kliman. Some of my client have asked for my thoughts on it:

Jed says he noticed a switch 2.5 months ago, which is roughly January 1st. I agree. And, it seems to have happened across most single-family price ranges. We were seeing signs of market pick-up just after the Holidays. I wasn’t quite ready to call it a pattern and was a bit concerned when Seattle experienced “Snowmaggedon 2012;” activity dropped off during that time.

On January 15th, I heard crickets as I hosted the same open house I had for the previous several weeks. This home had 3 other “competitors” in the $1.1M-$1.3M range; one listed in April 2011, two in July 2011, and the other in October 2011. The snow melted, and the homes started to sell: January 18, January 23, January 26, and finally February 23rd (on the last one, the Buyer was not able to negotiate much at all off the price).

It was interesting to hear Tim Ellis (Seattle Bubble) say that “Inventory always picks up after the Holidays.” Well, yes…but sometimes not by much. And, a few years ago, it took deep into Spring before the market felt different. This year was different.

Buyers in the story cite “frustration” and Tim Ellis thinks we will reach an eventual balance of supply and demand. I agree with the Buyers; it is frustrating. I think most Brokers would prefer to see a balance. Unfortunately, we had a long Sellers’ market, probably followed by a short period of balance, and then what felt like a long Buyers’ market. Now, we appear to be in a Sellers’ market again

I agree that markets seek balance. I’m interested in why we haven’t found long periods of balance. We do live in an amazing place. But, we are not immune to the outside world. Perhaps it is as simple as this: When broader market factors allow, Seattle – as a place to live and grow – is a “buy.”